Surprising Facts About Burglars Everyone Should Know 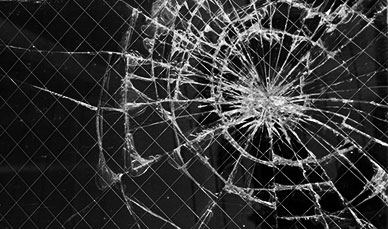 When you imagine what a burglar looks like, most of us conjure up the image of an individual who is wearing all black clothing, wielding a crowbar (or another nefarious tool), and trying to enter a home through a window. However, this really isn’t the correct image of the person that’s trying to break into your home. The more likely image is a bit surprising to many.

To debunk the all-too-common image of a burglar, we can look at data from the U.S. Census Bureau of Justice and the FBI to figure out exactly who burglars are.

The Attire of the Typical Burglar

The most common portrayals of prowlers are – for the most part – inaccurate. The majority of break-ins don’t even take place at night, which is a common belief. This means that most burglars aren’t going to be covered in black from head to toe. In fact, many are going to be in plain clothes and dressed comfortably so they can easily run and get away if caught. In some cases, they may even dress as a delivery man or service provider.

Who is the Average Burglar?

There are a number of people who believe that most burglaries are committed by teenagers. However, while the number of break-ins increases over the summer months (when kids are out of school), it is usually not teens that are to blame. According to the U.S. Census, 75 percent of all break-ins are orchestrated by adults. The reason burglaries go up in the summer months is because these individuals take advantage of vacationers, open doors, and windows.

Modern burglars aren’t like Tom Cruise in “Mission Impossible,” with all the high-tech gadgets and equipment. In fact, they typically don’t even have a high school diploma. It is quite uncommon to find a burglar with an advanced degree, with only 2.5 percent of them having actually graduated college.

The majority of burglars, both kids and adults, are male – in fact, 84 percent of them are. They are also usually white according to the FBI. Also, someone who has committed a burglary once is highly likely to do it again. Having a better understanding of the modern burglar allows you to take steps to safeguard your family and home.